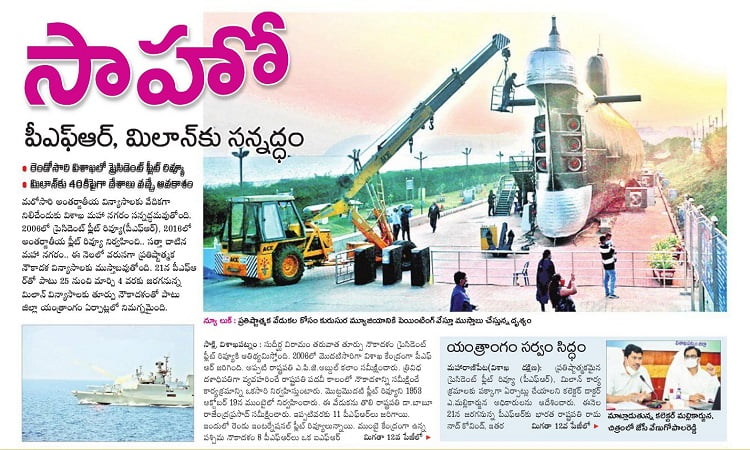 The Vizag city is preparing to host the third Presidential Fleet Review (PFR) on February 21, and all departments, including the Greater Visakhapatnam Municipal Corporation (GVMC) and the district government, are working together with the Eastern Naval Command to make the event a great event.

The PFR occurs once every five years throughout the President of India’s five-year tenure as Supreme Commander of the Armed Forces. 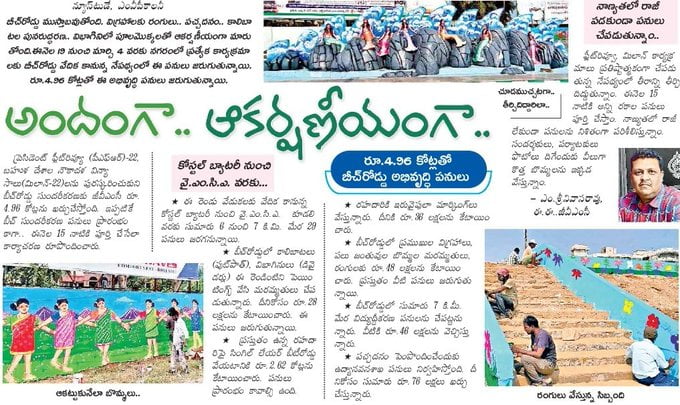 According to tradition, the Indian Navy’s floating and air assets will sail past and fly past the ship hosting the President, and sailors will stand on the decks of the decked ships and salute the Supreme Commander by yelling ‘Rashtrapati Ki Jai,’ according to a senior naval official.

The Indian Navy has held 11 PFRs so far, including two International Fleet Reviews (IFRs). The WesternNavy Command has hosted the event nine times out of eleven times, including one in 2001 when K.R. Narayanan was President of India.

It was hosted twice by the Eastern Naval Command, including one IFR on February 6, 2016, when President Pranab Mukherjee was in power.

PFR 2022 will feature around 50 ships from the Navy, Coast Guard, and commerce ships. A flypast by 50 naval aircraft would be performed for the President in addition to this. 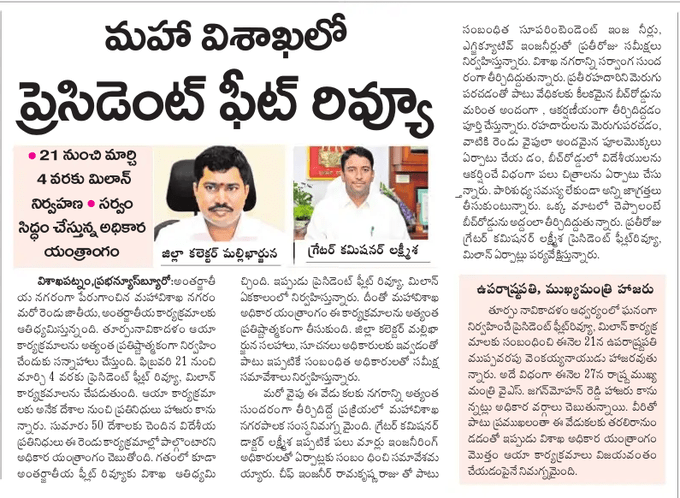 Meanwhile, after the third wave of COVID-19 placed doubt on the event, it has been learned that the ENC is moving ahead with it, with Chief of Naval Staff Admiral R. Hari Kumar arrived for a two-day visit to assess PFR and Milan-2022 readiness.

Milan will take place at Visakhapatnam from February 25 to March 4, with 45 friendly navies expected to take part. A multi-country parade will be staged on BeachRoad, in addition to ships taking up position near the anchorage point in the water, as was done during IFR.

City beautification projects are underway in several locations in preparation for the important event.

High-profile dignitaries such as the President, Prime Minister, Defense Minister, Chief Minister, and other Ministers and top bureaucrats are expected to attend both or either of the two events, according to reports.

“Hosting such a major event is a fantastic chance for this coastal city. It is our job to convey a clean, green, and appealing image of our city. We have sanctioned a budget of 4.90 crore on the government’s orders and have begun beautifying work at several locations,” said GVMC Commissioner G. Lakshmisha.

Work is being done from the airport area to the Naval base, Beach Road, and other locations where VVIP travel is expected during the events, he said. He noted that repairs have been made to roads, drains, pathways, and the colouring of medians, as well as road markings and the beauty of the Beach Road stretch, which includes the painting of statues. The Commissioner went on to say that a great focus is being placed on cleaning up the plants in all places.

The construction is expected to be finished by February 10, according to the civic chief. A pre-event inspection will most likely be conducted by Chief Secretary Sameer Sharma and several senior government officials.