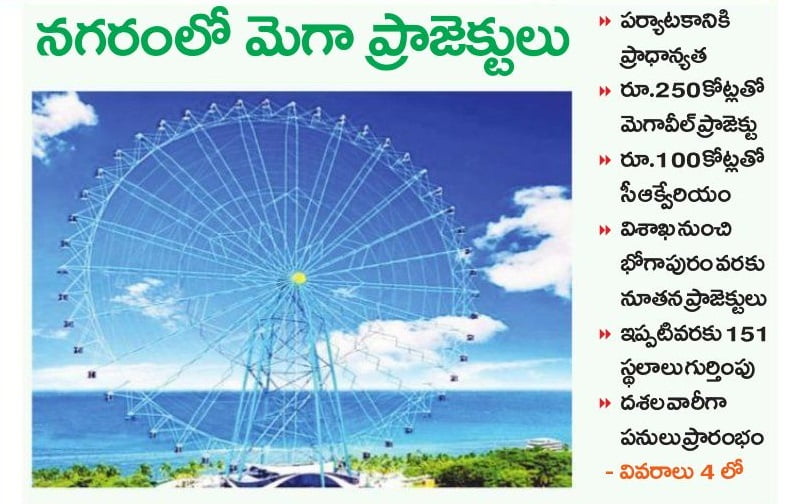 A number of tourism projects are being set up in Maha Vishakha, known as the administrative capital. The city of Visakhapatnam is highly favoured for tourism. Visakhapatnam has a long coastline, high hills and a forested area in the middle of the city.

The state administration has resolved to fully develop Visakhapatnam’s tourism potential as a result of this. To this purpose, it is planned that as many tourism initiatives as possible would be made available in stages. So far, 151 locations have been identified for this. A detailed project report (DPR) has been created for the purpose of establishing a mega wheel project (similar to the enormous wheel) primarily in the city. The project will cost around Rs 250 crore to set up. 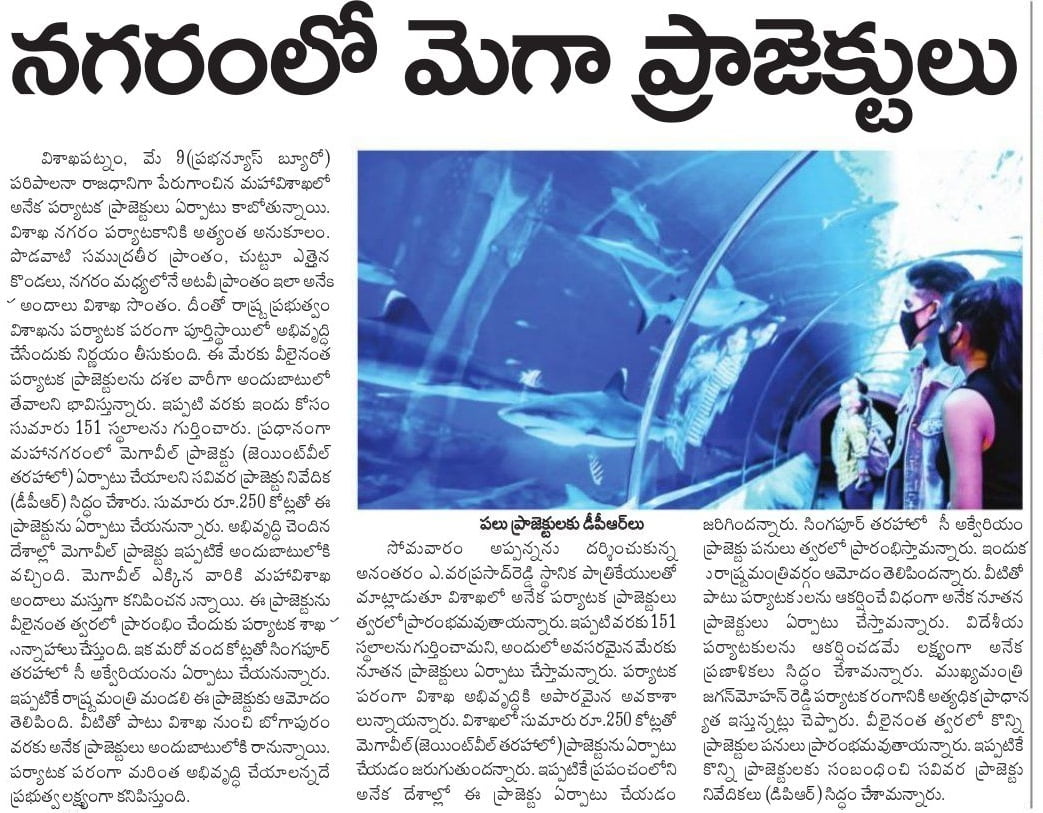 The mega wheel project is already available in developed countries. For those who ride a megawheel, the majestic beauties will look mesmerising. The Department of Tourism is preparing to launch the project as soon as possible.Another Rs 100 crore would be spent on a Singapore-style sea aquarium. The proposal has already been approved by the state cabinet. Apart from these, a number more projects would be offered from Visakhapatnam to Bhogapuram. The goal of the government appears to be to expand tourism.

A. Varaprasad Reddy told local journalists after visiting Appanna on Monday that numerous tourism initiatives in Visakhapatnam would be launched soon. There are currently 151 sites listed, with new initiatives being established as needed.He said that the development of Visakhapatnam in terms of tourism is immense.In Visakhapatnam with about Rs.250 crore a mega wheel (similar to a giant wheel) project is being set up. The project has already been set up in many countries around the world.The construction of a sea aquarium in the style of Singapore is set to begin soon.

As a result, the state cabinet has given its blessing. In addition, many new tourist-drawing projects will be launched. Many plans, he noted, have been made with the goal of luring foreign tourists. Tourism is the primary priority, according to Chief Minister Jaganmohan Reddy. Work on the projects is about to commence on some as soon as possible. Some of the gift initiatives have already received detailed project reports (DPRs).