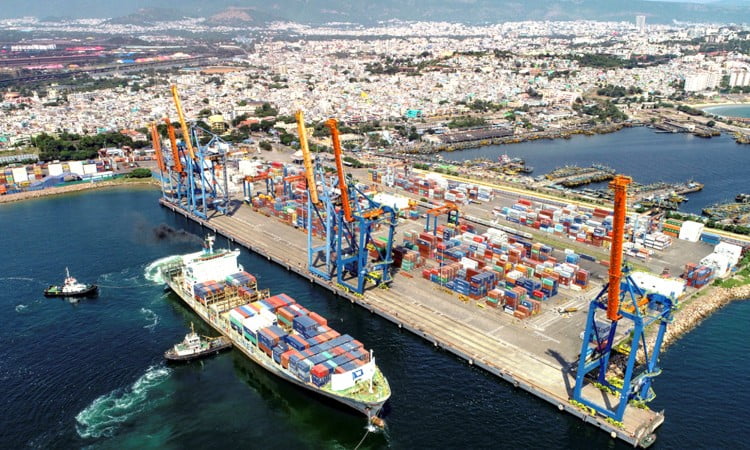 In terms of processed shrimp exports for the fiscal year 2021–2022, Vizag is at the top of both the national and state lists.

Major importers of Indian seafood are the US and China. Frozen fish was the second-largest export after frozen shrimp.

The Visakhapatnam port was used to export roughly 2.45 lakh MT (metric tonnes) of frozen prawns, according to the Marine Products Export Development Authority (MPEDA). This made up 82% of Andhra Pradesh’s shrimp exports of 3 lakh MT and 33% of the nation’s overall exports of shrimp, which totaled 7.28 lakh MT.

“This time, Kakinada and Krishnapatnam couldn’t do it. This could be the cause of Vizag’s export of prawns reaching 82 percent “a representative of MPEDA

He said that the fisheries industry was not completely unaffected by the Covid epidemic. Although exports of fisheries were negatively impacted in the first half of 2020, the industry rebounded well and grew in subsequent years.

In AP, there are 102 shrimp processing facilities, 21 of which are located in Visakhapatnam and the neighbourhoods around it, including Vizianagaram.

“Indian shrimp are quite popular in China and the US, much like Vanamia.. The Vizag product is in high demand and has a unique taste “a shrimp exporter noted

Comparing the current fiscal year to the previous one, total shrimp exports increased by 23% to 5.9 lakh metric tonnes.

According to KN Raghavan, chairman of MPEDA, the Indian fisheries industry had a successful year and reached record-breaking export values. We will also break our previous record this year, he said.