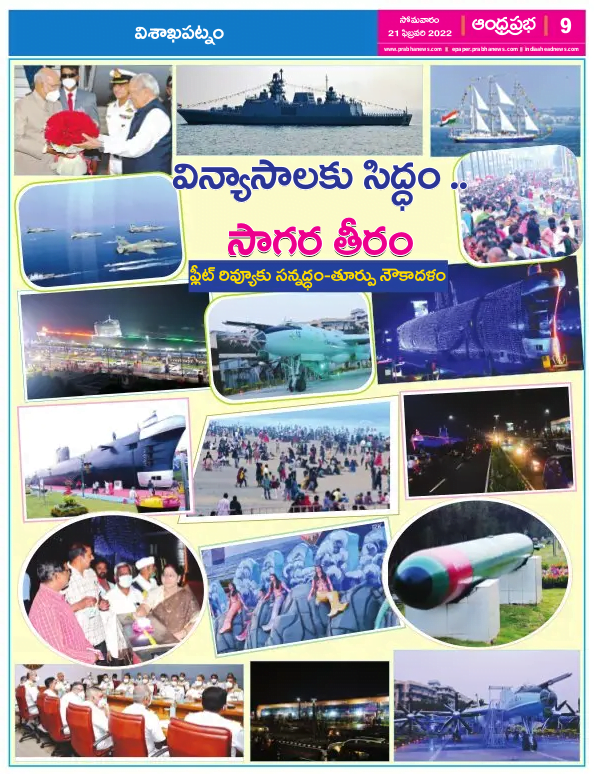 President Ramnath Kovind, Minister of Defence Rajnath Singh, Governor Bishwabhushan Harichandan, State Chief Minister YS Jagan Mohan Reddy, and a number of central ministers, state ministers, and officials from all three forces will attend the Presidential Fleet Review, which will be held in Visakhapatnam. Vizag’s security has been strengthened by the arrival of all of the ministers and other dignitaries.

CM YS Jagan Mohan Reddy returned at 05:50 pm after welcoming the president at the INS Dock.Later, the president arrived at his accommodations in the East Naval Main Centre.The President will attend the Presidential Fleet Review on Monday at 9:30 a.m.

12th review by #PresidentofIndia.
3rd time a review is being conducted on the East Coast of India in #Visakhapatnam.
Last edition in 2016 International Fleet Review (1/n)@rashtrapatibhvn @DDNewslive@SpokespersonMoD@indiannavypic.twitter.com/97EsjMhJXn