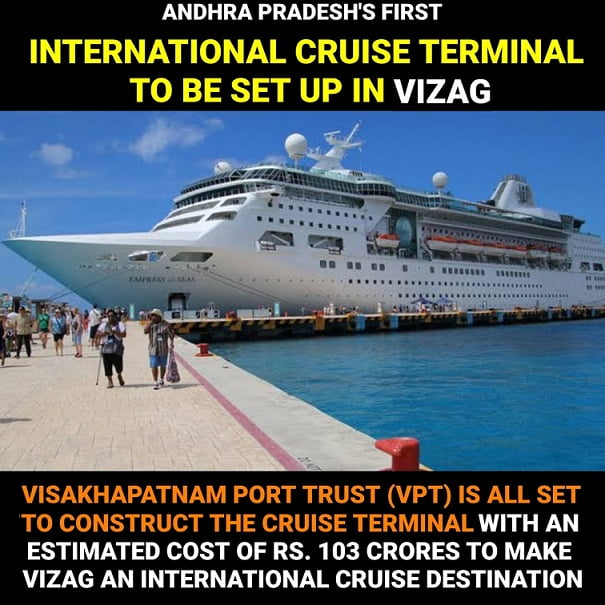 This cruise terminal, which is a joint effort of the Ministry of Tourism and Visakhapatnam Port, was expected to open two years ago. The long-awaited project was put on hold due to delays in obtaining clearances.

The cruise terminal will be able to accommodate huge ships carrying 2,000 to 2,500 people. The cruise liner can dock at the nearby terminal, which has a 180-metre berth length and two mooring dolphins on either side. The cost of building the berth, including shore protection, is Rs. 64.24 crore.

The architectural consulting job has been given to a Delhi-based creative group, according to reports. The terminal structure will be roughly 2,000 square metres in size.

Passenger gangways, a lounge, a restaurant, entertainment, and recreation shopping will all be available at the terminal. A budget of Rs. 31.81 crores would be spent on the amenities.

The cruise port berth is projected to transform Visakhapatnam’s marine tourism environment once it is completed.