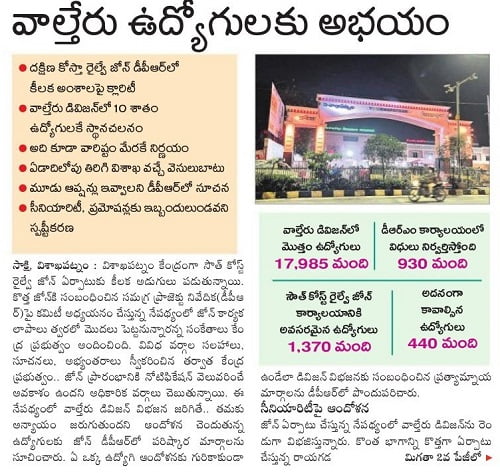 Key initiatives are being taken to establish Visakhapatnam as the South Coast Railway Zone. While the project proposal is being studied by the committee, the central government has provided its approval for the establishment works of the railway zone (DPR). According to officials, the central government would issue the zone notification after carefully considering the thoughts, ideas, and concerns of various groups of people. Employees who are concerned about the Waltair division separation have been given alternatives by the zone DPR.