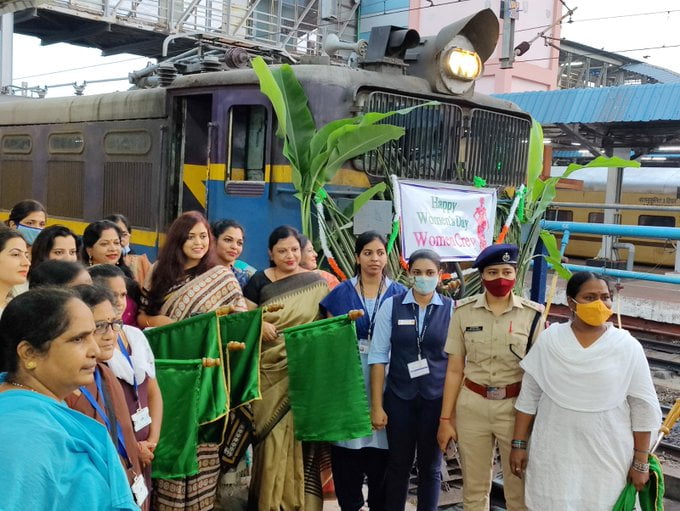 On the occasion of Women’s Day, the East Coast Railway launched the first ever all-female crew-manned passenger train from Visakhapatnam to Rayagada on Tuesday.

Sadhana Kumari, her assistant loco pilot N Madhuri, and K Ramya, the railway’s goods guard, were in charge of the train.

At a function hosted by Ms. Parijata Satpathy at the Rail Club, 41 female railway employees were recognised for their excellent contributions to the company. A total of eight members received cash rewards.

An all-women crew manned a passenger train for the first time in the history of East Coast Railway (E Co R).