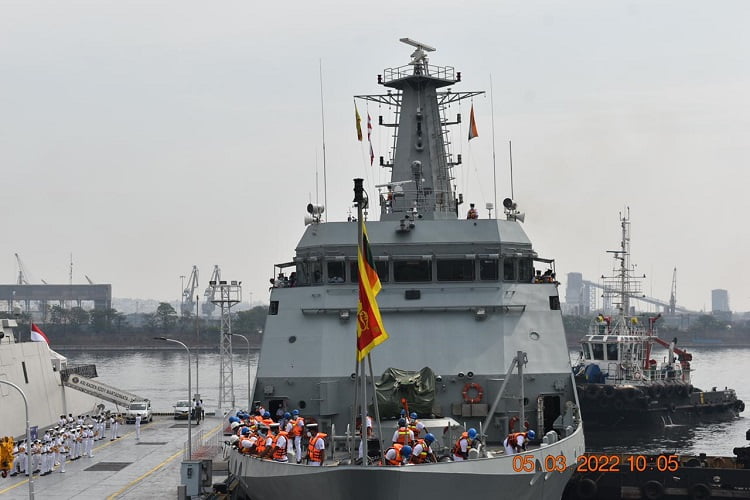 The City of Destiny is hosting another another maritime exercise this month, following the success of MILAN 2022. The Sri Lanka India Naval Exercise (SLINEX) will take held in Visakhapatnam from March 7 to March 10, 2022. The ninth edition of the bilateral maritime exercise between the Indian Navy and the Sri Lankan Navy will be conducted in two parts. The harbour phase will take place in Visakhapatnam on March 7-8, 2022, followed by the sea phase in the Bay of Bengal on March 9-10, 2022.

According to a press release from the Government of India’s Press Information Bureau (Defense Wing), the Sri Lankan Navy will be represented by the SLNS Sayurala, an advanced offshore patrol vessel, while the Indian Navy will be represented by the INS Kirch, a guided missile corvette. INS Jyoti, a fleet support tanker, Advanced Light Helicopter (ALH), Sea King and Chetak Helicopters, and Dornier Maritime Patrol Aircraft are among the Indian Navy’s other participants. SLINEX was last held off the coast of Trincomalee in October 2020.

The goal of SLINEX is to increase interoperability, mutual understanding, and best practices and procedures for multi-faceted maritime operations between the two militaries. Professional, cultural, sports, and social contacts would be part of the harbour phase. Surface and anti-air weapon fire exercises, seamanship evolutions, aviation operations involving cross-deck flying, advanced tactical manoeuvres, and special forces operations at sea will all take place during the sea phase. The goal of these drills is to improve on the excellent level of interoperability that already exists between the two fleets.

SLINEX, a maritime naval exercise to be held in Visakhapatnam, exemplifies India’s and Sri Lanka’s deep maritime engagement and has grown in scope over the years to strengthen mutual cooperation, in line with India’s policy of “Neighbourhood First” and the Hon’ble Prime Minister’s vision of “Security and Growth for All in the Region (SAGAR).”