Smart Meters are expected to be installed in Visakhapatnam 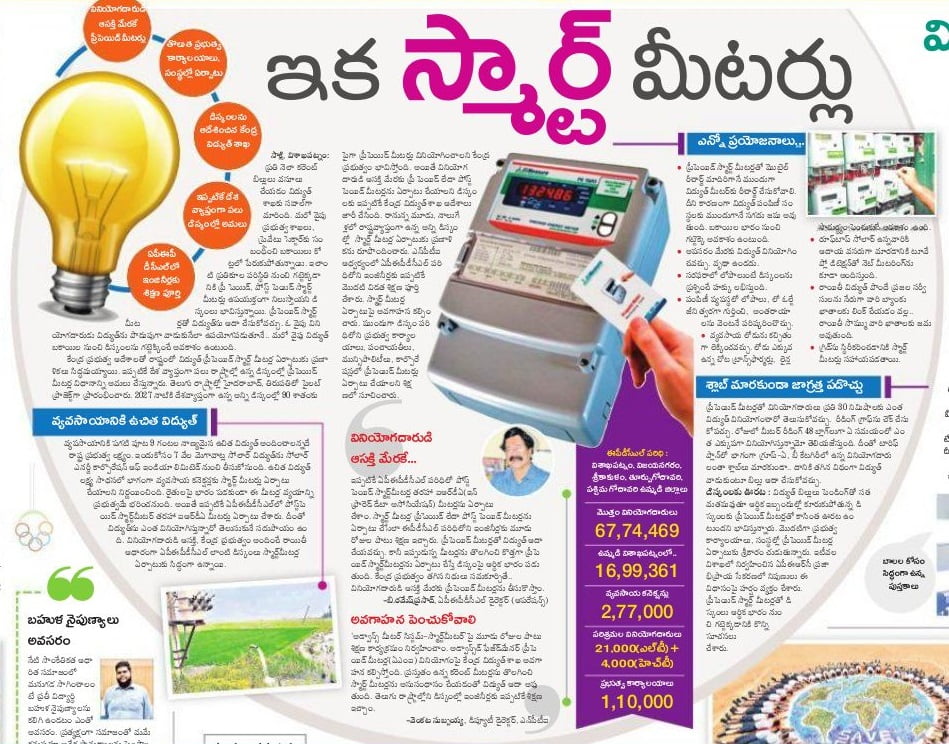 The power industry has found it difficult to collect current bills on a monthly basis.On the other hand, arrears on government departments and the private sector are accumulating in crores. Discs believe that smart metres, both prepaid and postpaid, will help them overcome this problem.Prepaid smart metres might help you save money on your electricity bill. On the one hand, it encourages consumers to conserve energy.On the other side, electricity delays might harden the discs.

According to the Central Government’s directives, the state is planning to install prepaid smart metres for electricity. Prepaid metres are already being used in a number of states across the country. It began as a prototype project in the Telugu states of Hyderabad and Tirupati. The central government plans to use more than 30% of the country’s prepaid metres by 2017, according to the government.

Smart metres are expected to be installed in the next three to four years. Under the supervision of NPTI DCL, AP has already finished engineer training in EPDCL. Raised public awareness on the installation of smart metres.The first is the disk’s government affairs prepaid metres should be installed by Yalu, Panchayats, Municipalities, and Corporations, according to the sentence.

Many advantages of Smart Metres: