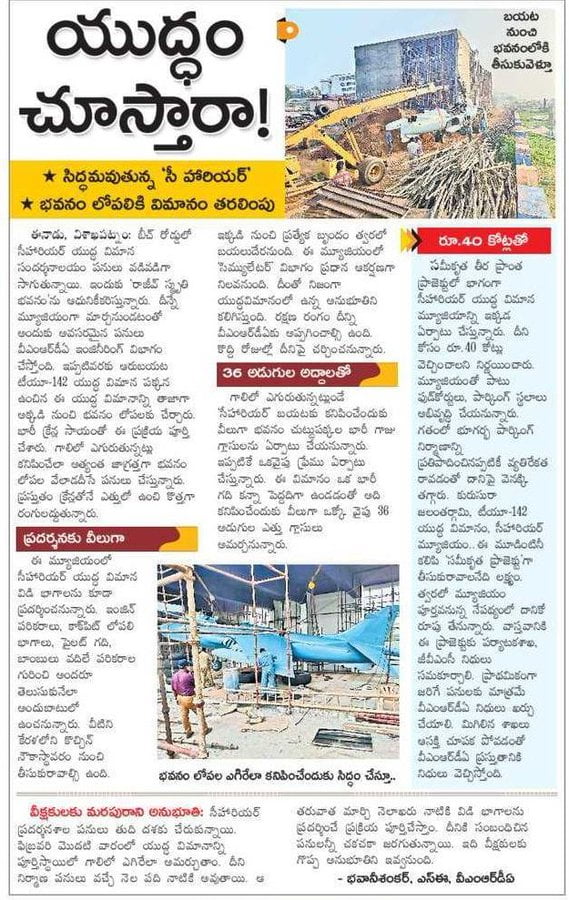 The Sea Harrier fighter plane has been relocated to the new museum building, according to VMRDA Executive Engineer Bala Rama Raju, and installation will begin soon. “The fighter jet, a Sea Harrier, will be hanging from the building’s ceiling.” The gallery will feature its engine, simulator, and other spare parts. While the museum is being built, more items will be brought in from Goa. It will most likely be inaugurated soon.”

The VMRDA is planning an integrated museum and tourist complex on RK Beach Road, which will include the Sea Harrier Museum. On RK Beach in Visakhapatnam, the project will include the TU-142 Aircraft Museum, the ‘Victory at Sea’ Memorial, the AU Convention Hall, the INS Kursura Submarine Museum, and the Sea Harrier Museum, which will be a new addition.