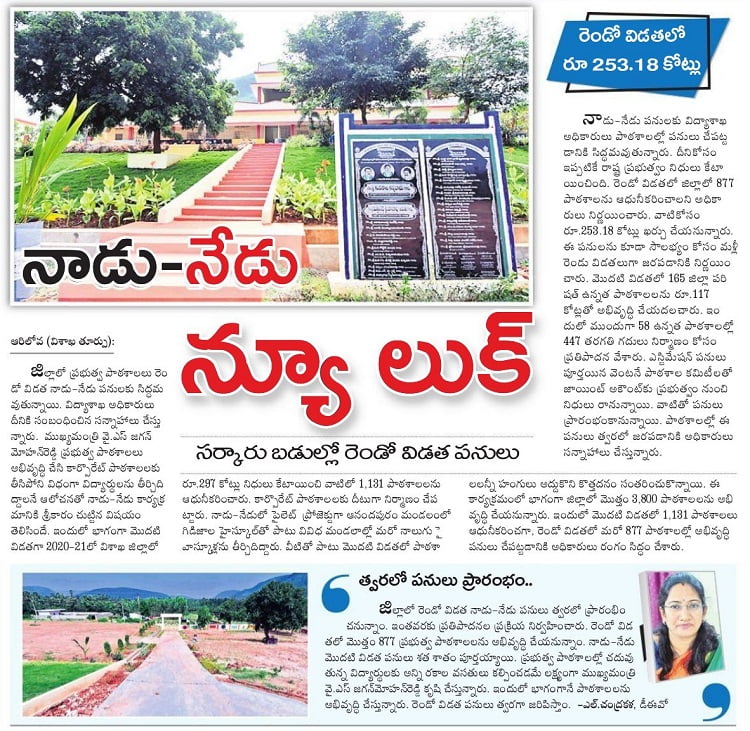 Pilot project in Naadu Nedu program in Anandapuram Mandal Gidijala highschool including four highschools from few other mandals have been transformed.All schools have got transformed with new developments in the first phase of the program.During this program of Naadu Nedu,3,800 schools are planned to be reformed.As a part of this program,in first phase 1,131 schools have been transformed.In second phase,877 schools are planned to be developed.Officials are planning to start the works of second phase.

The government has allotted Rs 253.18 crores to reform the schools in the second phase.The second phase also divided into two phases for the convenience of works.In the first phase,the schools in 165 districts are planned to improve with a budget of Rs 117 crores.58 schools are going to improved in this phase with the construction of 447 classrooms.After the completion of estimation plans,the funds are to be released in the joint account of school committees.