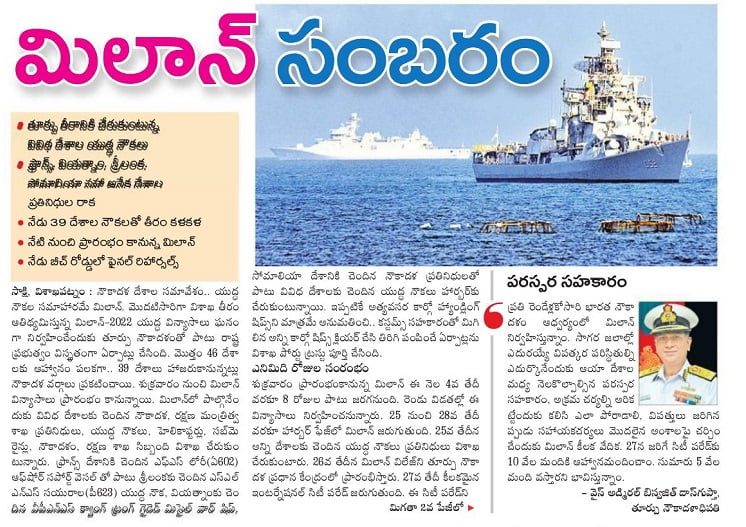 The latest edition of the Indian Navy’s multinational exercise Milan-2022 is set to begin in Visakhapatnam on February 25.

The Milan theme is ‘Camaraderie – Cohesion – Collaboration,’ with the goal of portraying India as a responsible maritime power to the rest of the globe.

According to a Navy announcement, the exercise’s goal is to improve operational skills, inculcate best practises and procedures, and facilitate doctrinal learning in the maritime domain through professional engagement with friendly navies. 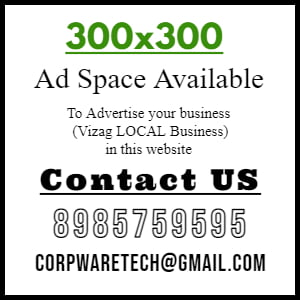 In the 1995 edition, just four countries, namely Indonesia, Singapore, Sri Lanka, and Thailand, participated. However, exercise has progressed in leaps and bounds in terms of the number of participants and the complexity of the exercises since then.

In 2014, the number of countries participating expanded from six to eighteen.

With the Indian Navy’s engagement with Friendly Foreign Countries (FFCs) growing throughout the decades, there was a need to strengthen naval cooperation by increasing the volume and complexity of exercises and including both regional and extraregional navies from across the world.

Because of the infrastructural requirements of such a big naval gathering, it was decided to move the event to the mainland, and Visakhapatnam, as the Eastern Naval Command’s headquarters, was chosen to host the event.

More than 40 countries will send warships and high-level delegations to this edition, which will be the largest ever.

The’scope and complexity’ of this version would be expanded, with a focus on drills at sea, incorporating exercises in the surface, subsurface, and air domains, as well as weapon firings. There are also operational conferences and seminars held.

The highest level of naval leadership, agency heads, Ambassadors, and equivalents will be among the high-profile foreign delegates.

On February 27 and 28, it will conduct an International Maritime Seminar with the theme ‘Harnessing Collective Maritime Competence via Collaboration.’ Professional/Subject Matter Expert Exchanges, DSRV demonstrations, MILAN of Young Officers, Sports Fixtures, and cultural tours to Agra and Bodh Gaya for international visitors are among the other activities.