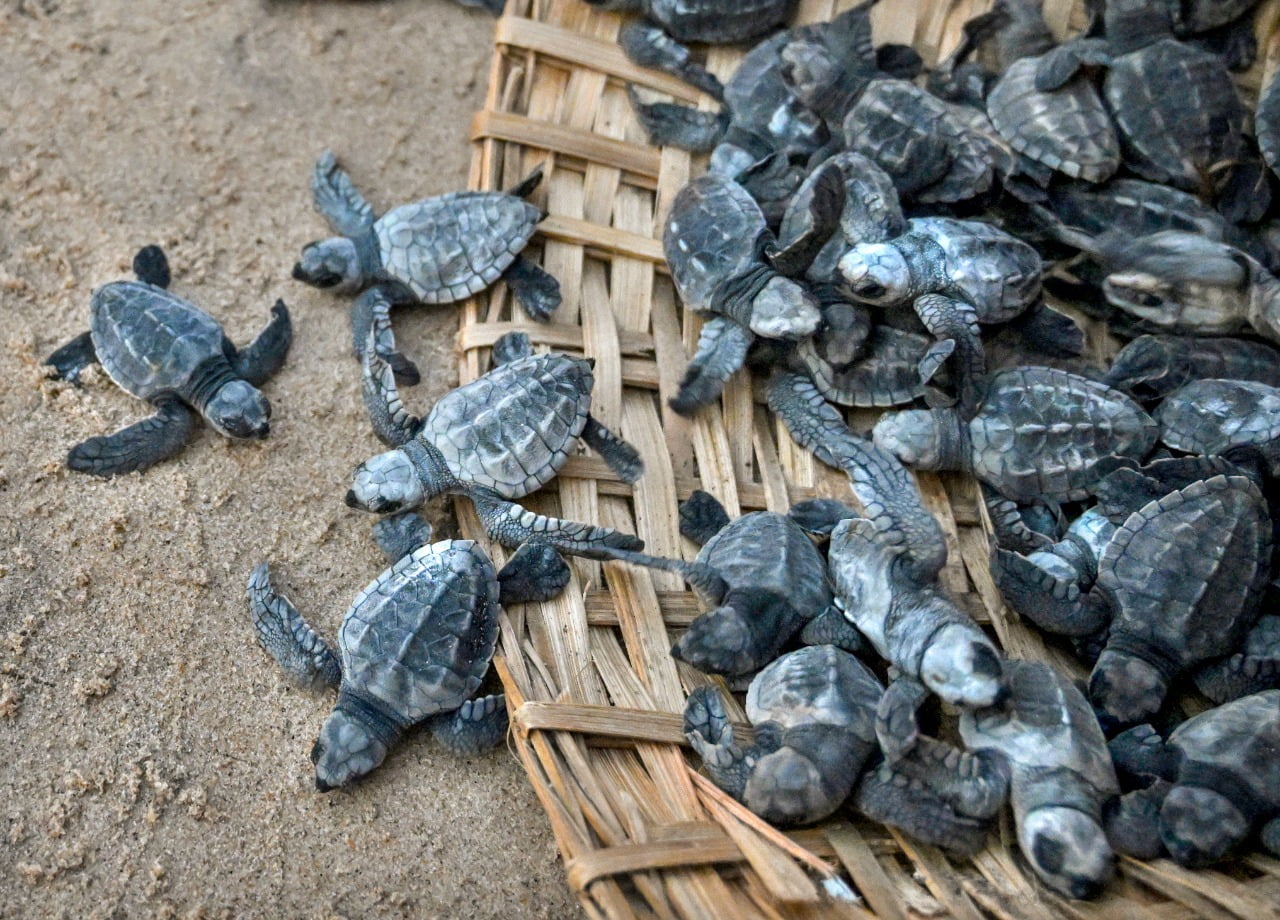 In the early hours of Thursday, guards from the Forest Department and volunteers released 247 Olive Ridley turtle hatchlings into the sea at RK Beach in Visakhapatnam.

The hatchery at RK Beach, which is one of five overseen by forest officials along the coastline in Visakhapatnam district, holds 138 eggs.

The Forest Department has trained five individuals from the fishing community to guard each hatchery.

The Visakhapatnam coast has experienced more Olive Ridley nesting sites this year, according to forest officials. By the end of May, the department hopes to release the most hatchlings ever in a season.”Seventeen hundred and forty-three eggs have been collected and housed in hatcheries since January, a significant increase over the same period last year.” The nesting season is at its peak right now. “By May, we expect the numbers to rise,” noted Ananth Shankar, District Forest Officer.

Low cyclone effect on the Visakhapatnam coast could be one of the causes for the increased nesting this year. However, he added that further research should be done on the subject.

The Olive Ridley project in Visakhapatam district is supported by the NTPC – Simhadri and is listed as ‘vulnerable’ on the IUCN Red List.

Green sea turtle and hawksbill turtle nesting sites were also discovered along the shore this year. The IUCN Red List classifies both of these species as ‘endangered’ and ‘critically endangered,’ respectively.

The Forest Department and non-governmental organisations have been educating fishermen communities about sea turtle conservation.

Volunteers and guards of the #AndhraPradesh Forest Department released #OliveRidleyTurtle hatchlings at R.K. Beach in #Visakhapatnam on March 17, 2022.