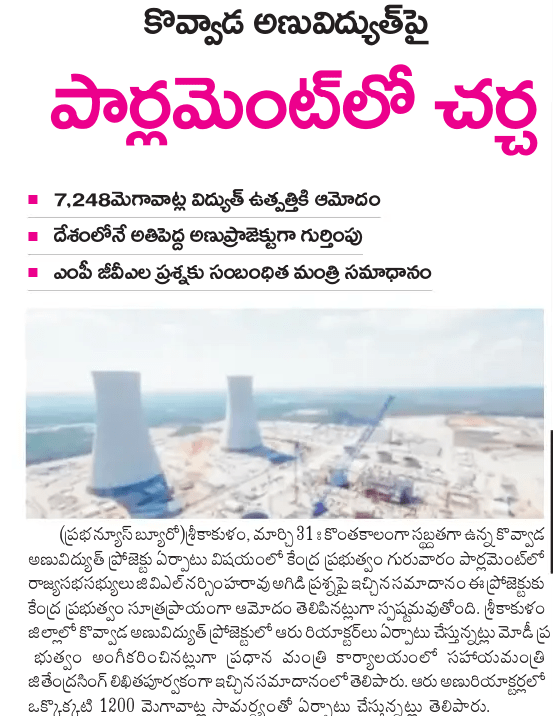 The Kovvada nuclear power station in Andhra Pradesh’s Srikakulam has received in-principle approval for the construction of six 1,208 MW reactors.

On Thursday, in answer to a question from MP Narasimha Rao in the Rajya Sabha, MoS Jitendra Singh stated that the cost and investment details will be published after the project proposal was finalised and the government secured administrative permission and financial sanction.

According to data from similar active projects provided by the ministry, the total anticipated investment in the Kovvada nuclear power project might reach two lakh crore.

In terms of employment, a huge number of contract workers would be necessary, and there would be plenty of opportunities during construction.

“With the contractors/vendors and the commercial options that would spring up in due time, there would be a significant job potential,” MoS Jitendra Singh remarked.

According to the ministry, at its peak, 8,000 people will be employed during construction. Each of the twin unit stations is planned to employ approximately 2,000 people once it is fully operational.