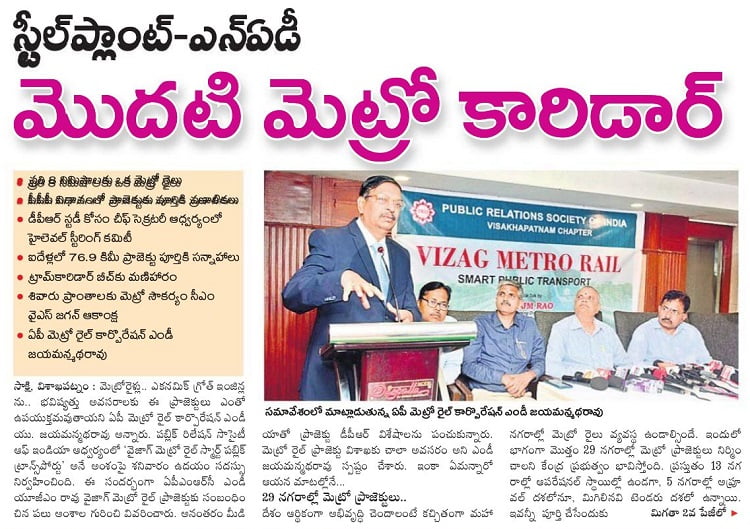 A fresh detailed project report (DPR) for the much-anticipated Vizag Metro Rail (VMR) is awaiting permission from the state government to proceed to the next level.

VMR will stretch 76.9 kilometres and have 54 stations, serving 41 lakh people. The project is expected to cost roughly Rs 14,309 crore, excluding land and R&R costs. Chief Minister Y.S. Jagan Mohan Reddy, according to APMRC managing director U.J.M. Rao, is intent on expediting the project, which will benefit people in the Port City’s sub-urban districts up to Bhogapuram International Airport in Vizag’s north.

“We’ll send the DPR to the government, which will convene a committee led by the CM to examine it.” At the review committee, there will be more discussion on the DPR. The initiative would be carried out through a public-private collaboration, according to Rao.

The project will consist of four corridors, with construction taking place in stages. The Vizag Steel Plant to NAD Junction stretch will be built first, according to the initial plans. At the same time, rail service will be available.