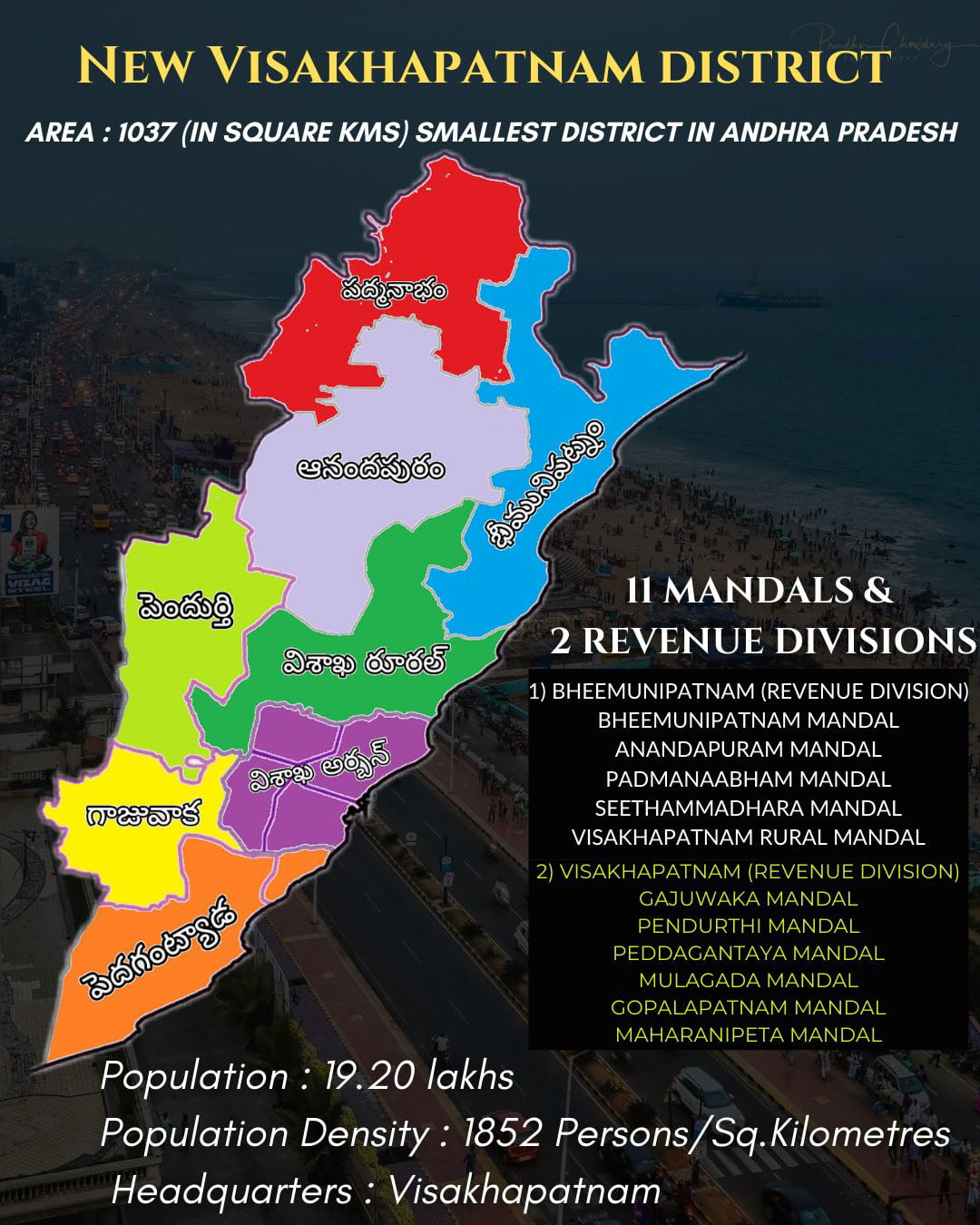 Andhra Pradesh launched a major administrative map on Monday, with the addition of 13 new districts, bringing the total number of districts to 26, in a massive overhaul that the state administration claims will improve governance and service delivery..

He explained that the formation of more districts is a step toward the decentralisation of all regions’ development.

The YSR Congress government has declared the construction of village secretariats as one of its key goals.

Mr Reddy vowed during his campaign for the 2019 assembly elections that if his party was elected, each of the 25 Lok Sabha constituencies would be turned into a district.

Except for Araku, which will be split into two districts because the Chief Minister apparently wants to focus more on the backward tribal areas, each of the districts now corresponds to a parliamentary constituency.

“As a result of the establishment of smaller districts, distances between the district centre and rural and border villages will be reduced. The district’s management will be more open to the general public. There will be more accountability as the government becomes more accessible to the public.” The government stated in a statement.

“The District Police Officer and all other Government Departments, including their camp offices, will be in the same premises, eliminating the hassle of people travelling miles together for their work in different Government offices,” the statement continued.

The YSR Congress government reshuffled IAS and IPS officers and appointed collectors and Superintendents of Police to the newly established districts with the formal notification issued on Sunday evening.

The notification’s draft was issued in January, and it got over 17,000 ideas, according to the company.

The Andhra Pradesh council of ministers will meet at 11 a.m. on Thursday, and it is likely to make more choices to restructure the administration after nearly two years in power.

Halfway through his term, Mr Reddy stated that he would form a new team to allow additional MLAs to serve as ministers. That was supposed to happen in December 2021, but it was postponed due to the pandemic and other factors.

The Chief Minister is likely to undertake an evaluation of the ministers’ performance during the cabinet meeting on Thursday and announce his intention to appoint a new team.

The YSR Congress expects that by giving a fresh set of MLAs a chance, it would be able to overcome anti-incumbency against certain ministers and remedy some of the mistakes made during the first 20 months of the YSR Congress administration.