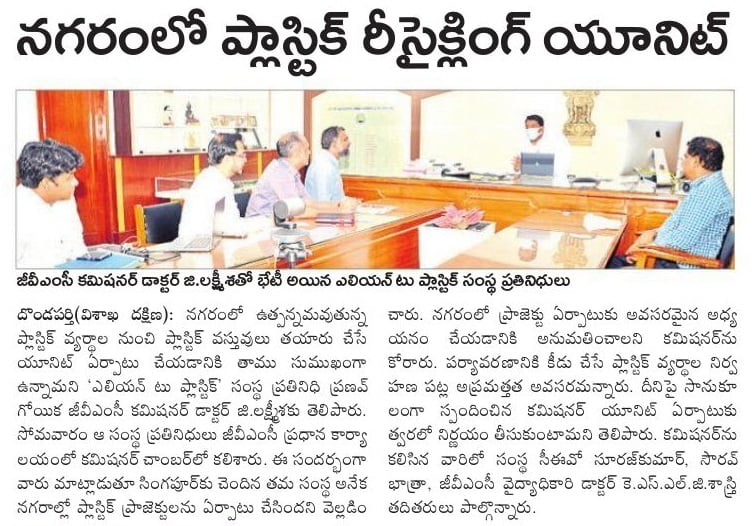 Pranav Goika, a representative from the ‘Alien To Plastic’ company, told GVMC commissioner Dr. Lakshmisaku that the company is planning to build a plant to recycle the city’s plastic waste into plastic items. Representatives from that company met with GVMC commissioners in the commissioner chamber in the main office on Monday. They stated during the conference that their company has numerous plastic projects in various cities.

The representatives have sought permission from the commissioner to conduct a project survey. They also advised against using plastic things that are harmful to the environment.

The Commissioner has given a positive response to the plant’s establishment and mentioned that a decision will be made soon. The meeting was attended by company CEO Sooraj Kumar, Soorav Bhatra, GVMC medical officer Dr K S L G Sastri, and a few others.