After announcing exit in 2016, HSBC hands over building in 2022, Govt allots to WNS IT company 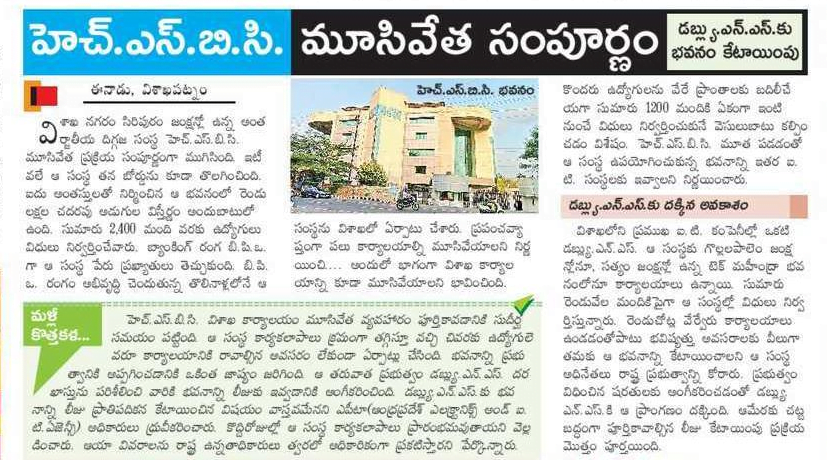 The closing process for HSBC, a multinational bank headquartered in Visakhapatnam’s Siripuram Junction, has been completed.The company also removed its board.The building, which comprises five levels, has a total size of two lakh square feet. The work was done by up to 2,400 people. As the name implies, The organisation gained fame as a banking sector BPO. In the early days of the industry, the company was founded in Visakhapatnam. It was decided to close a number of offices around the world, including the Visakhapatnam operations.

Some employees are relocated and upto 1200 employees are provided work from home. Due to the closure of HSBC, the building was chosen to be given to IT businesses that had been using the space for a long time.

W. N.S Visakhapatnam’s leading IT firm, has offices in Gollalapalem Junction and Tech Mahindra Bhavan in Satyam Junction. More than two thousand people are working in those companies. The heads of the organisation asked the state government to allocate the building to them so that there would be separate offices in the two places as well as for future needs. After complying to the government’s terms, the WNS was able to purchase the property. The lease allocation process, which was mandated by law, has now been finished.