A New fishing harbour got approval in Mulakuddu in Bheemili mandal 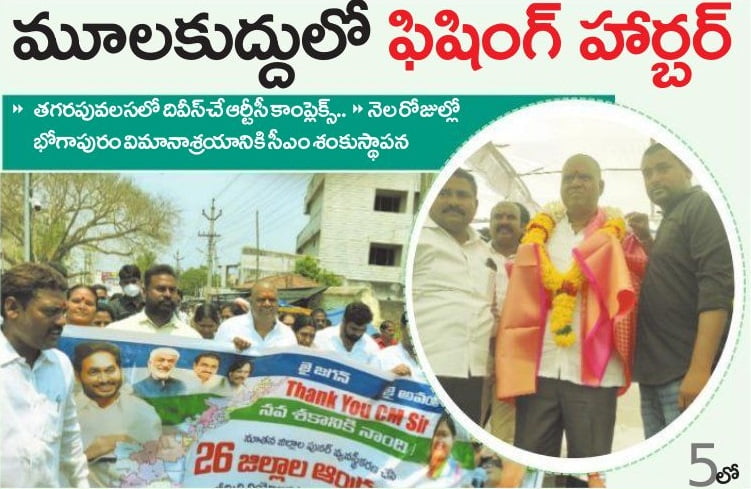 The Minister stated that because no one has come forward to build the private RTC complex in Tagarapuvalasa, talks are being held with Divis to build the complex. In one month, the chief minister will begin work on the Bhogapuram airport. From Moolakudu to Bheemili Mamidipalem SOS to the beach road, a 200-foot six-lane road will be built. Bheemili will be developed shortly as a result of the development of this route, according to the minister. With a fishing harbour and a 200-foot road, Moolakudu will be transformed into a city.